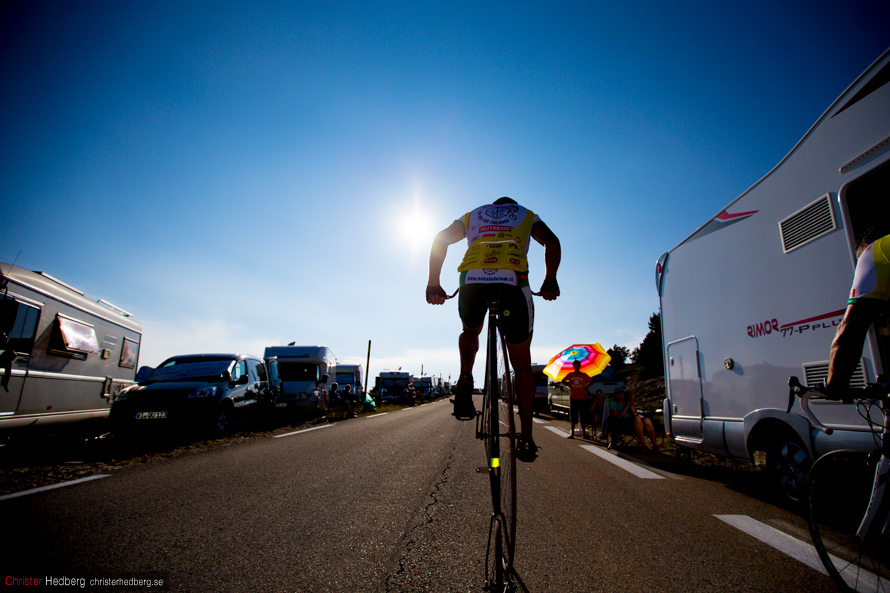 A few hours after Mick Bell had passed us on his chopper bike, yet another off bike passed us high up on Mont Ventoux, this time a man on his Penny-farthing high wheeler. In a world filled with hipsters on fixes, this bike is the ultimate fixie.

A few days later we met the rider again just as he finished the climb up Alpe d’Huez. The rider turned out to be czech Josef Zimov?ák  – tenfold world champion in riding high bicycles. He’s also founder of the childrens charity Na kole d?tem – On bike for children that aims to support children with oncological diseases. The ride at Tour de France was made to raise money to the charity. Yet another bicycling hero.