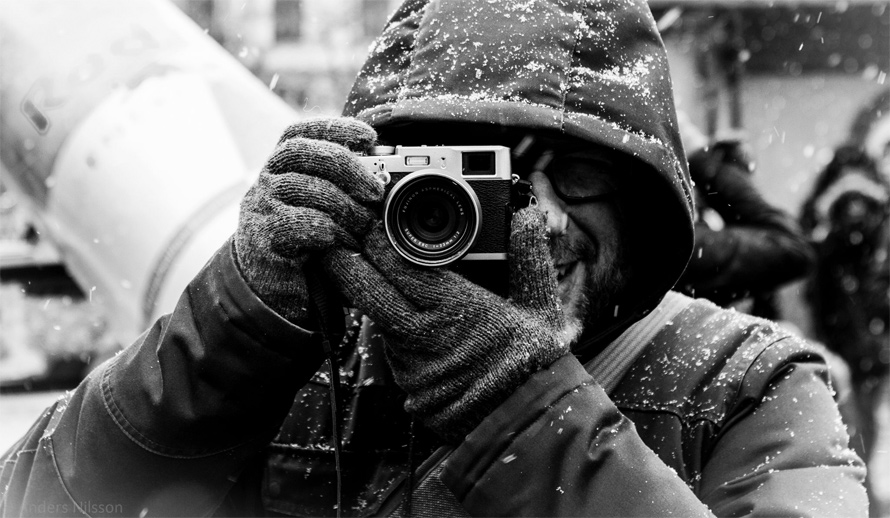 Me, shot by my friend Anders who borrowed one of my SLR’s. Photo: Anders Nilsson

Hey, let’s arrange a photowalk!
A late night in early January. My friend Mats Alfredsson had just arrived back in Sweden after a trip to Chicago to participate in a local photo walk. After a few minutes talk on Facebook we realised that we wanted to arrange a similar event in Gothenburg. How many photographers could we possibly attract? We had absolutely no idea. Ten? Maybe twenty..?
A Facebook group were started and after a few days 75 photographers had signed up. Incredible. This might work, we thought.

Yesterday was the date for the photowalk. The 10 we first anticpated that turned into 75 after a few days had turned into 185 photographers at the start point. Despite the snow and the cold weather – the atmosphere was all warm and friendly.

For three hours we documented the street life in Gothenburg together and found new friends, both on the photowalk route but also on the post-walk party.

So, will there be more photowalk events? Without a doubt. We’ll be back later this year with a new photowalk in Gothenburg. But then perhaps without the snow.

Big thanks to all the talanted, friendly and supportive photographers who participated! 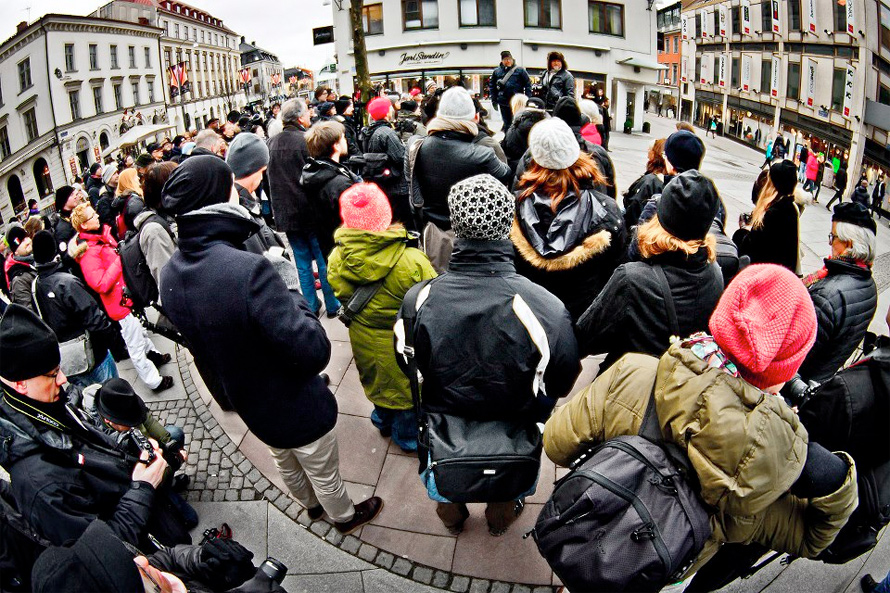 Me and Mats welcoming the 185 photographers. Photo: Martin Jakobsson 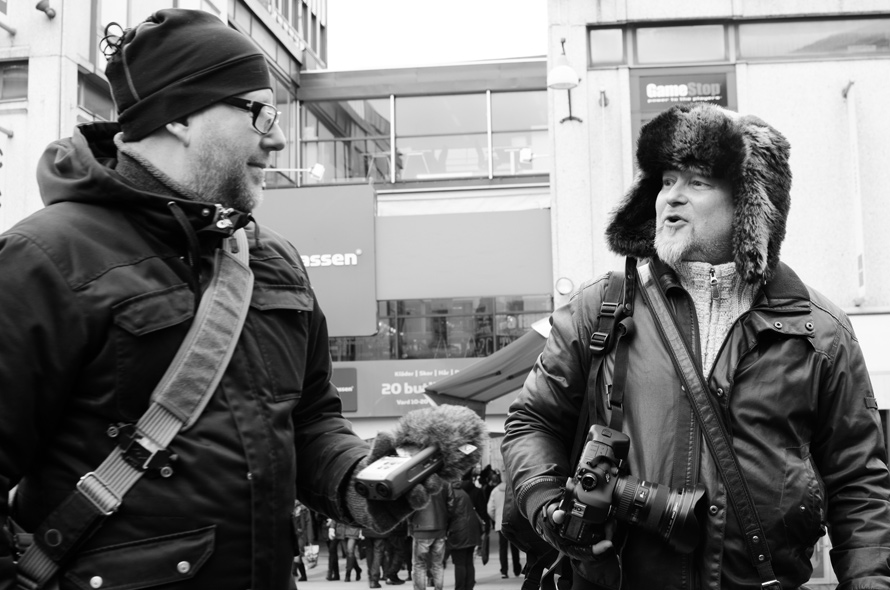 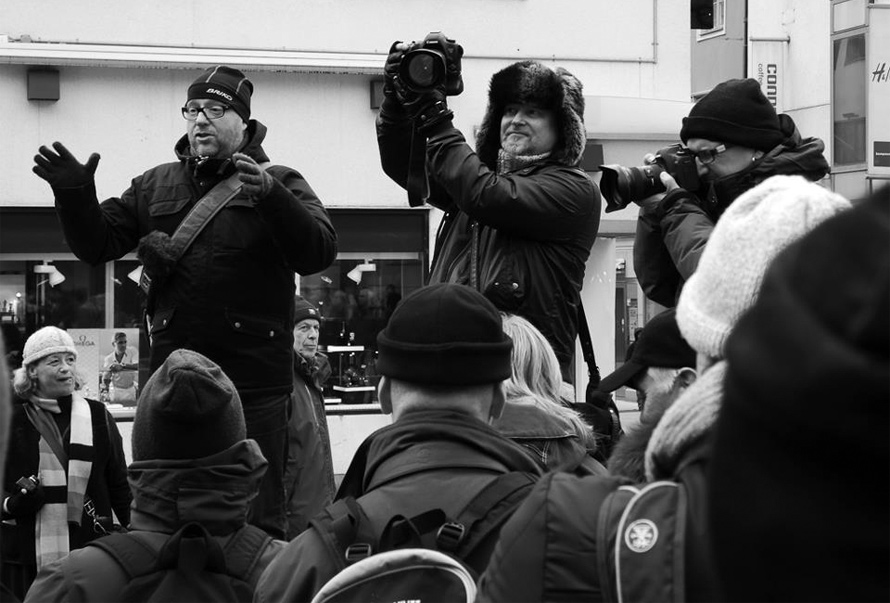 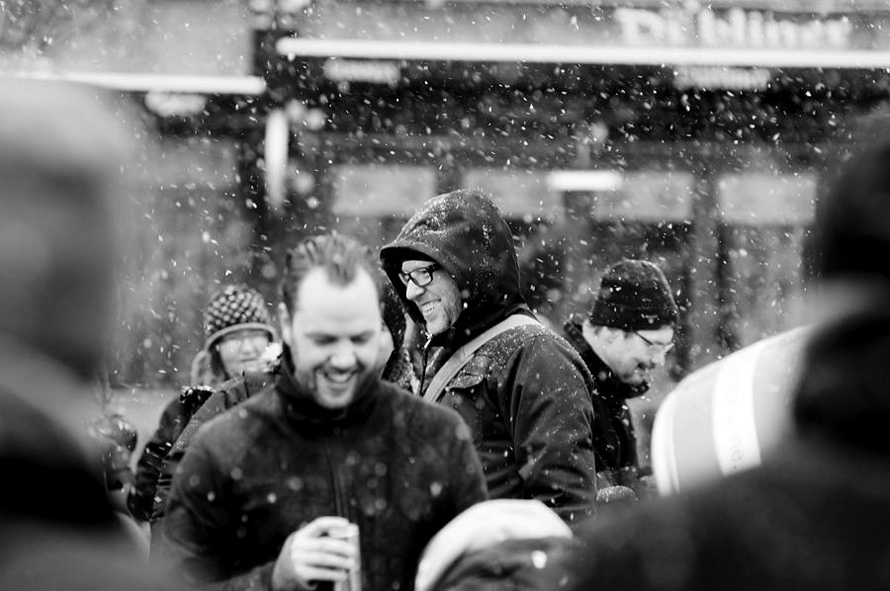 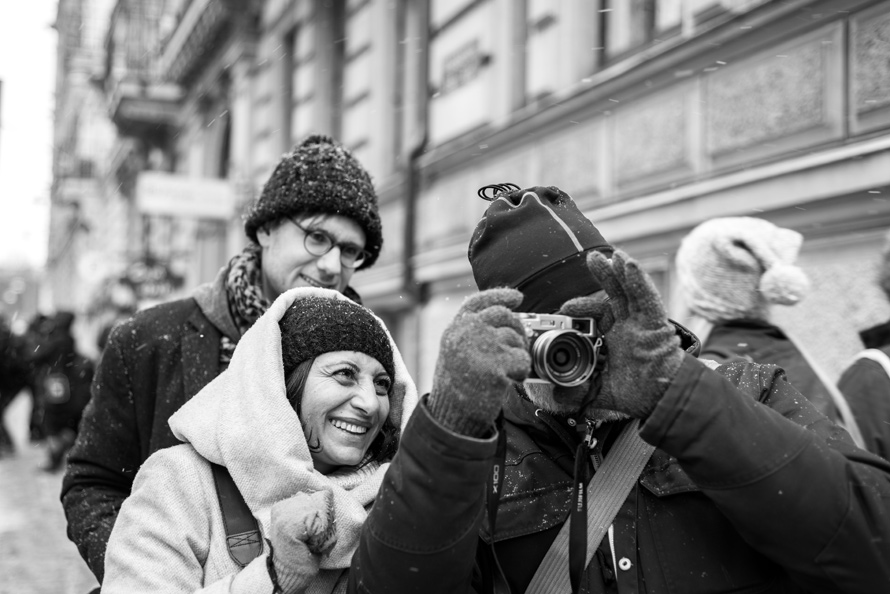 Me, shooting one of the very few photos I took during the photowalk. Photo: Agnetha Lundberg 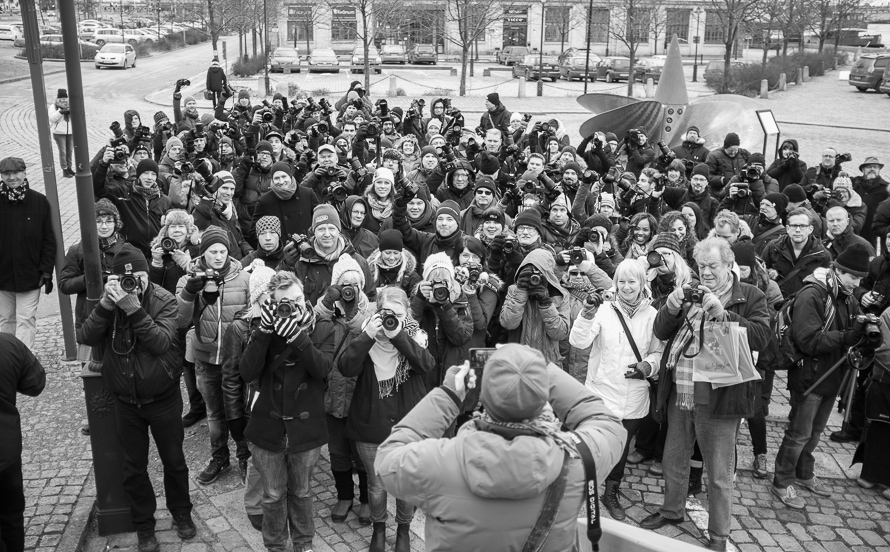 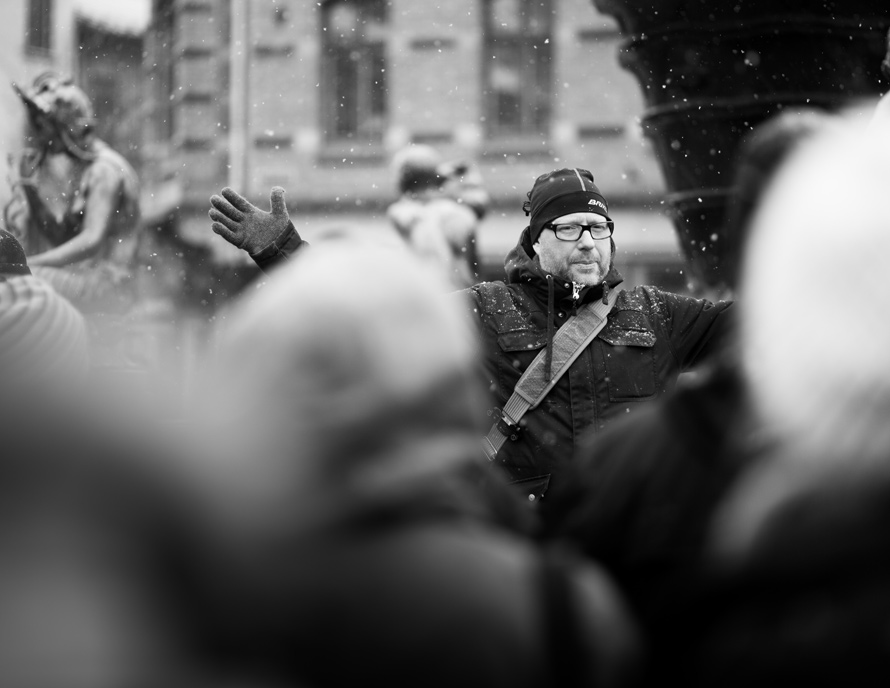 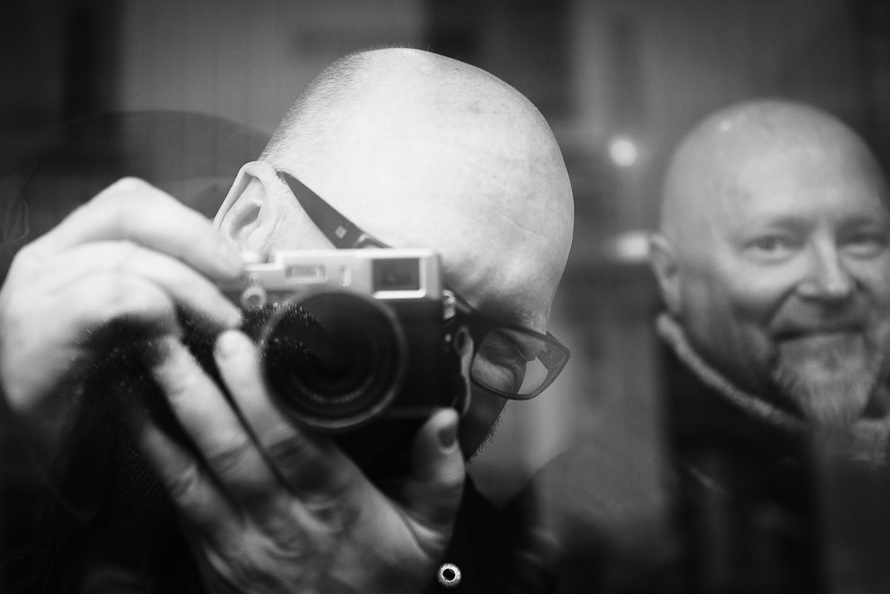 Halfway through the walk. A quick drink together with Mats. Photo: Daniel Eliasson

Four of the photographers i shot – Camilla Sundberg, Tomas Gillberg, the man in the window and Cornelia Schmidt. 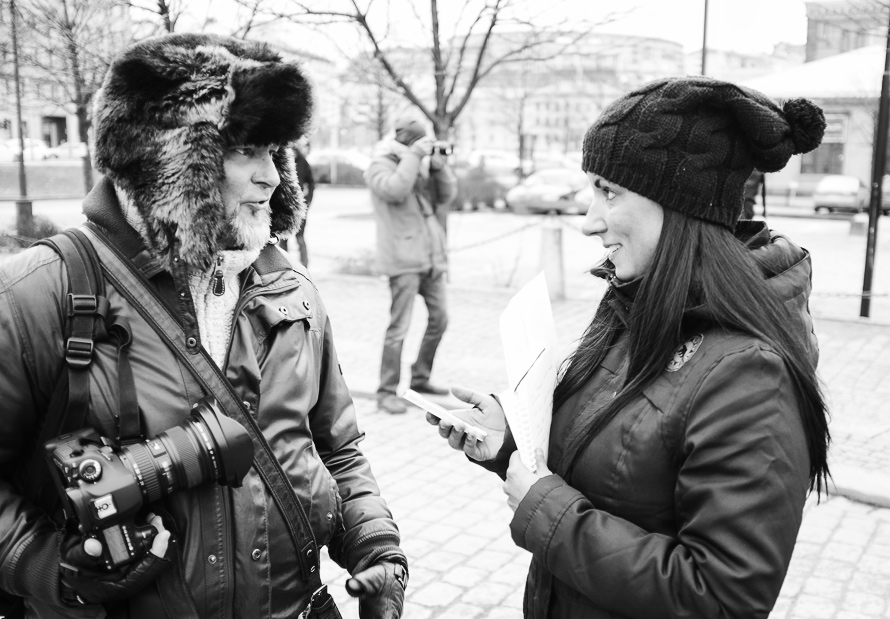 We’re being interviewed by Sanna and Patrick from the local newspaper GP. 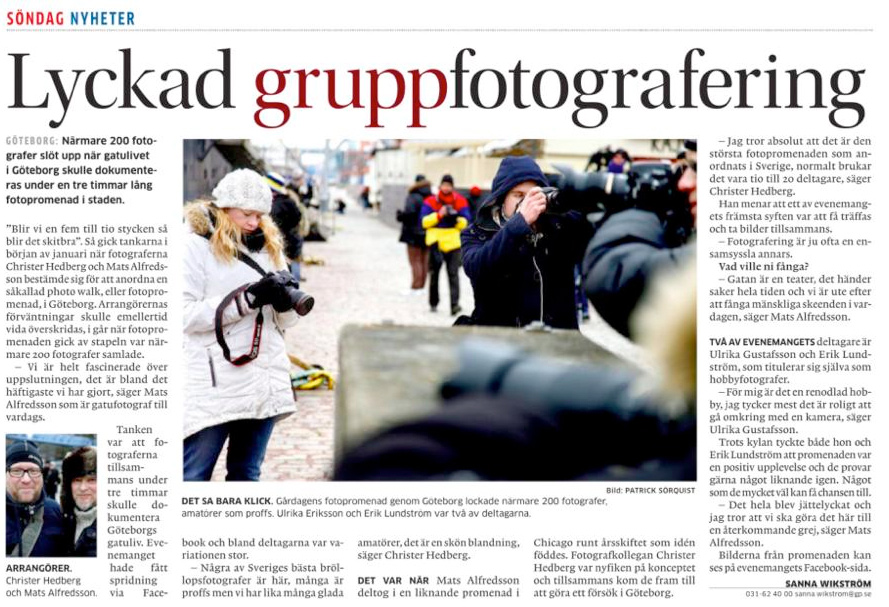