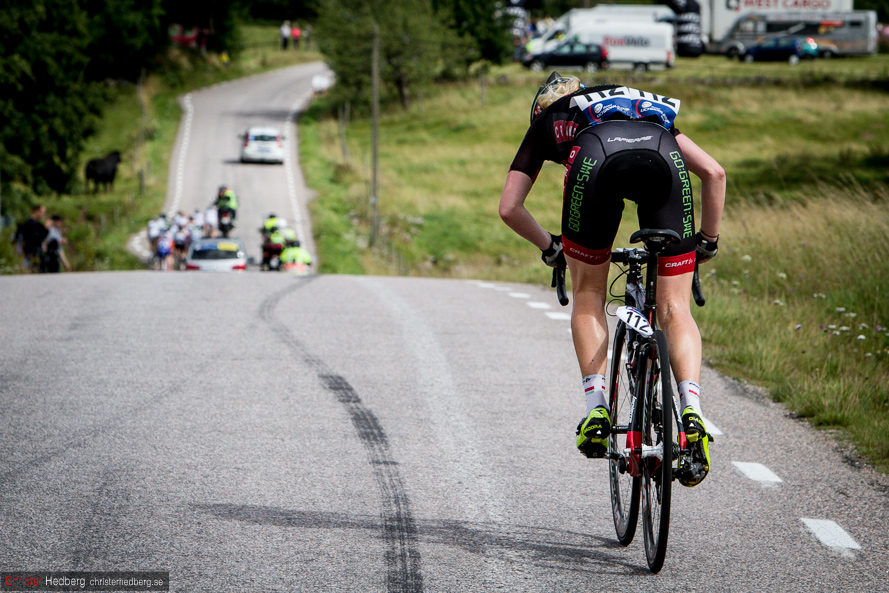 A quick message over the radio to the sports director in the team car and Madelene Olsson of the Cramo Go:Greene team was off. The leading group was within reach up ahead the course but without anyone following her in her the pursuit quickly turned into a tough fight in the windy no man’s land between the two groups. Later in the race, techical problems forced her to change bike and fall back to the groups further down. 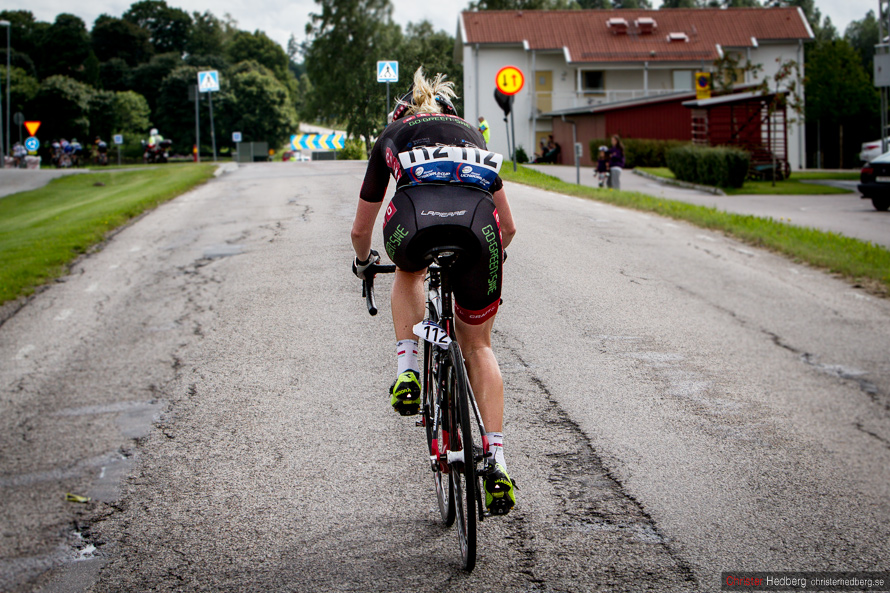 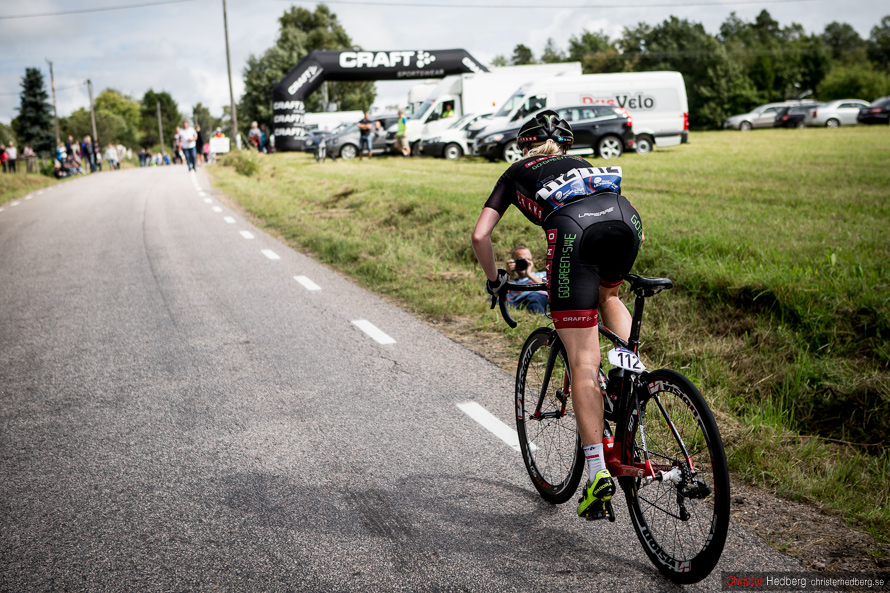 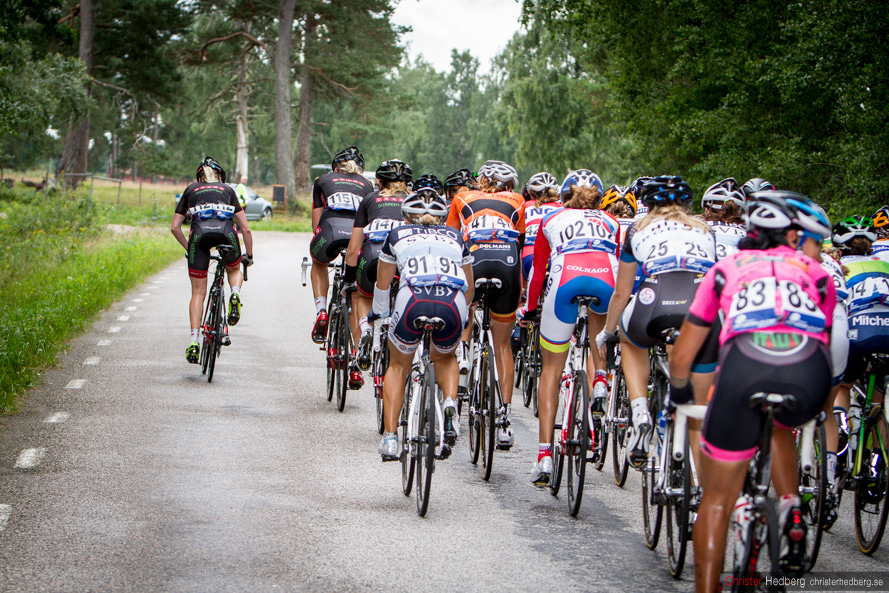